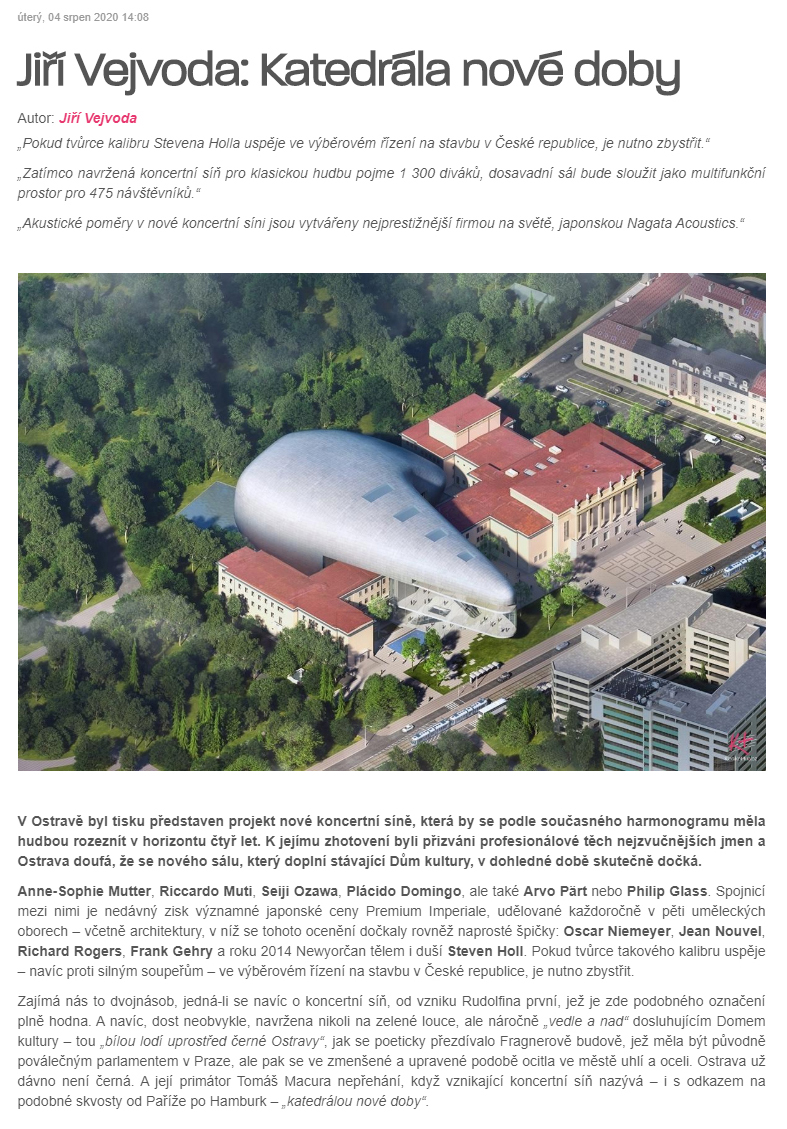 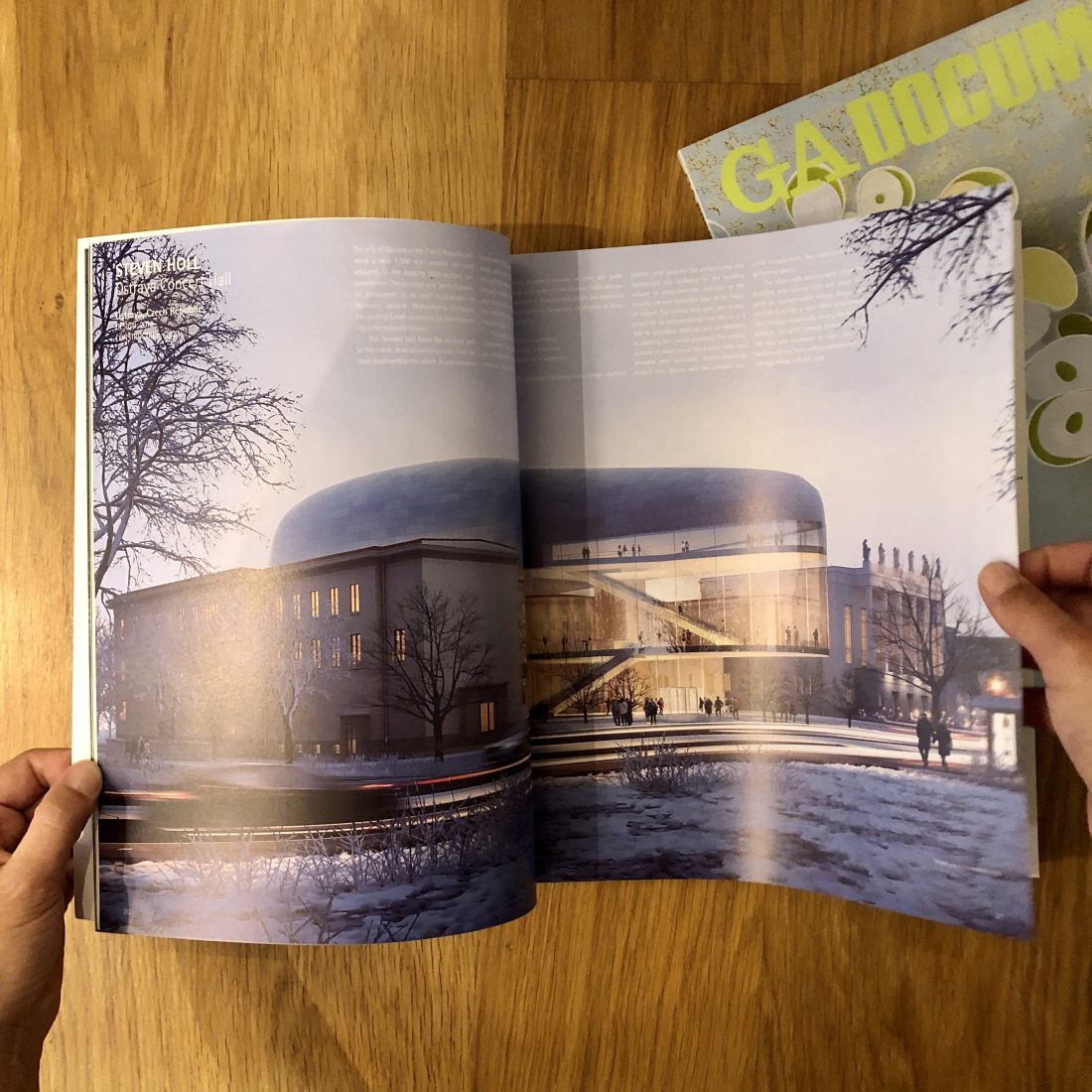 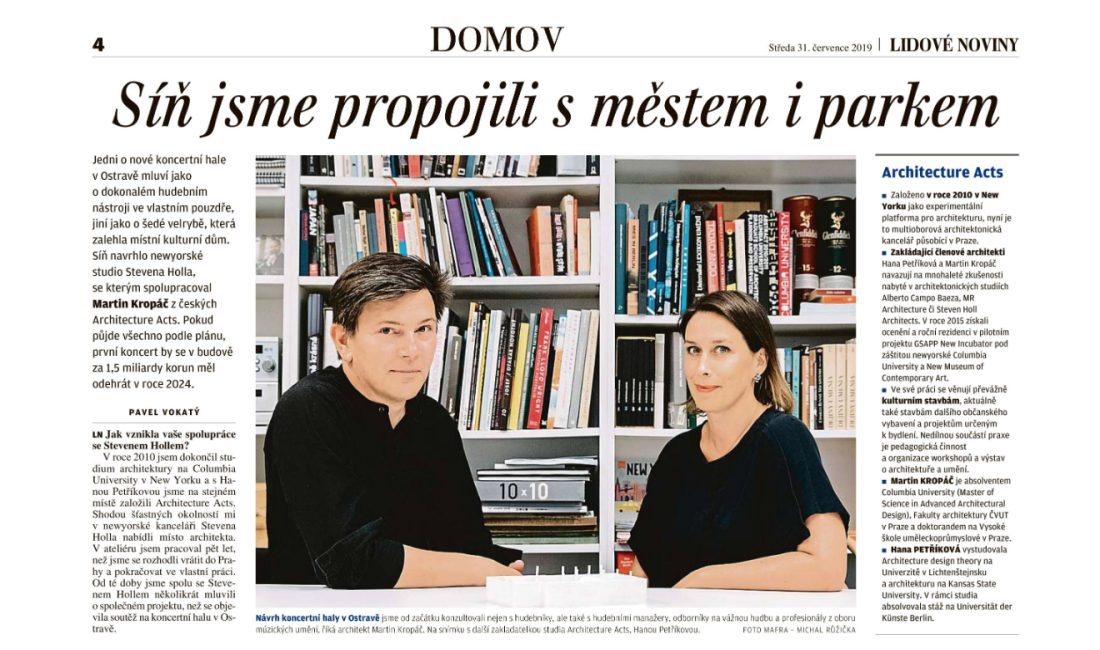 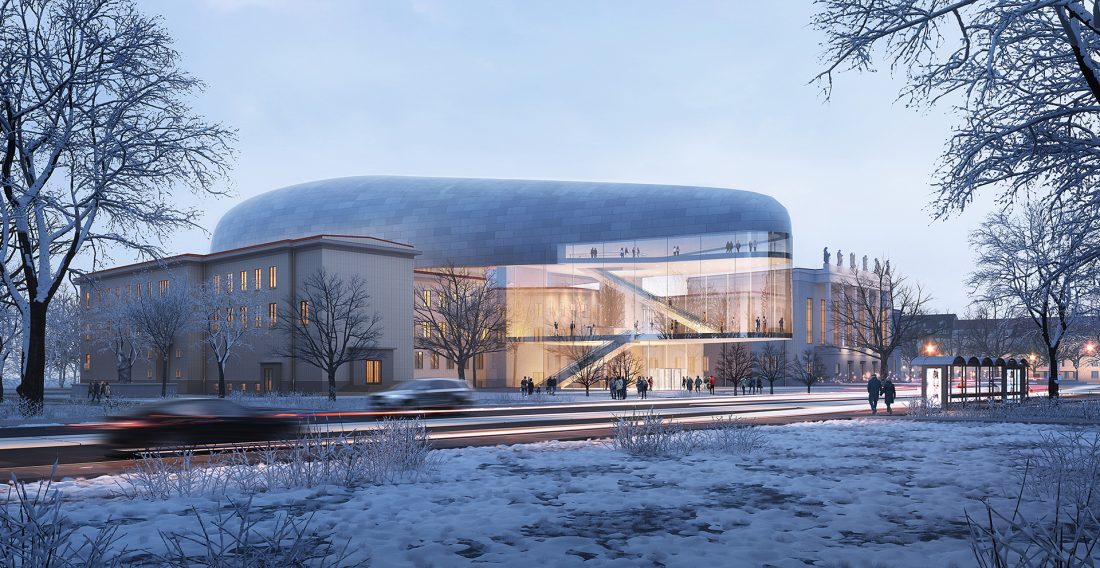 Steven Holl Architects + Architecture Acts has won an international competition for a concert hall in Ostrava, the city’s mayor Tomáš Macura announced on Thursday. The winning proposal was supported by six out of seven members of the jury.

The new 1,300 seat concert hall is sited adjacent to the existing House of Culture. The building was designed as a “perfect acoustic instrument in its case” in collaboration with Nagata Acoustics. The new building will provide performance space for the Janáček Philharmonic Orchestra, the leading Czech orchestra for commissioning contemporary music.

Urban traffic noise is shielded by positioning the hall facing the existing park on the building’s rear, while a new entrance on the promenade rises to glide over the top of the existing historical Cultural Center in a sky-lit lobby for the new hall. A dramatic complimentary contrast between new and old creates a cultural landmark for Ostrava.

The smooth case of zinc holds an “instrument” in an extended vineyard-type plan made of concrete and maple wood. Czech composer, Leoš Janáček’s theories of time will guide and give order to the concert hall’s interior geometry. Acoustic wall panels are organized according to scasovani, or rhythm, in three variants.

About the winning design, jury member Rafi Segal said, “It’s not the size of the building, but the importance and significance of it.” Another jury member, Krzysztof Ingarden, said “It is a fantastic piece of architecture considering very well the relationship between the City of Ostrava and the park behind the existing building. I believe the winning project will be an emblematic piece of architecture for Ostrava revitalizing the city as well.”