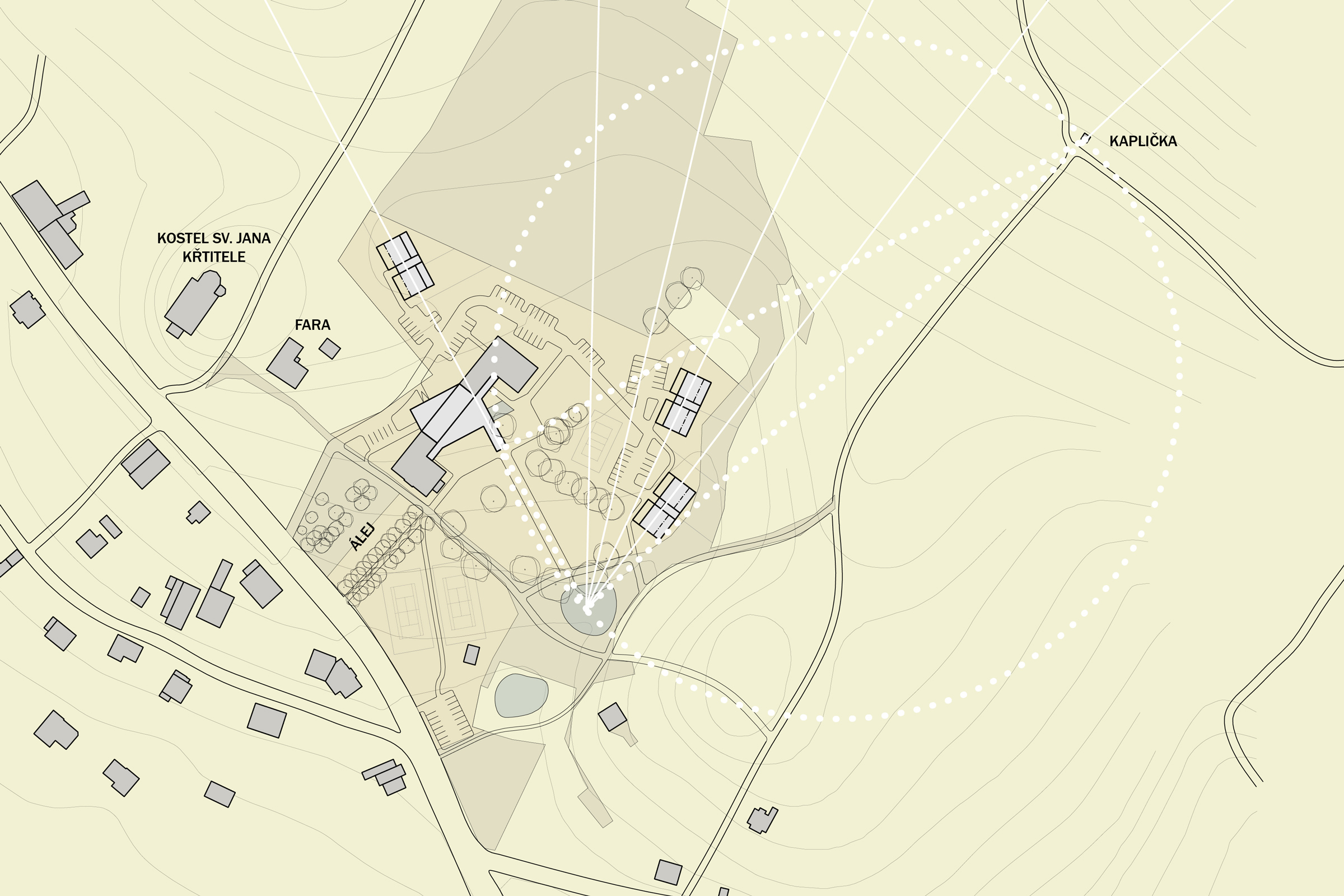 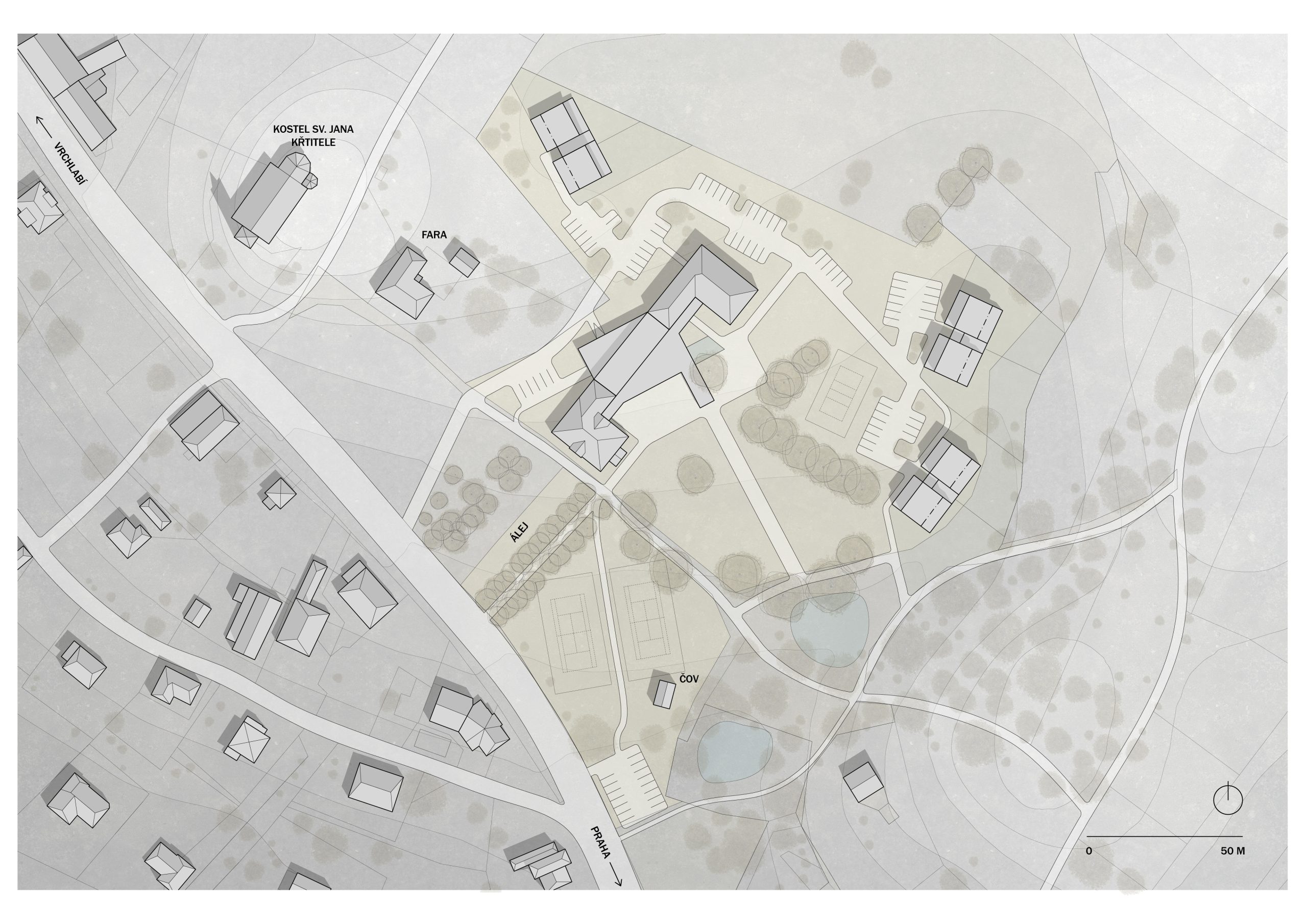 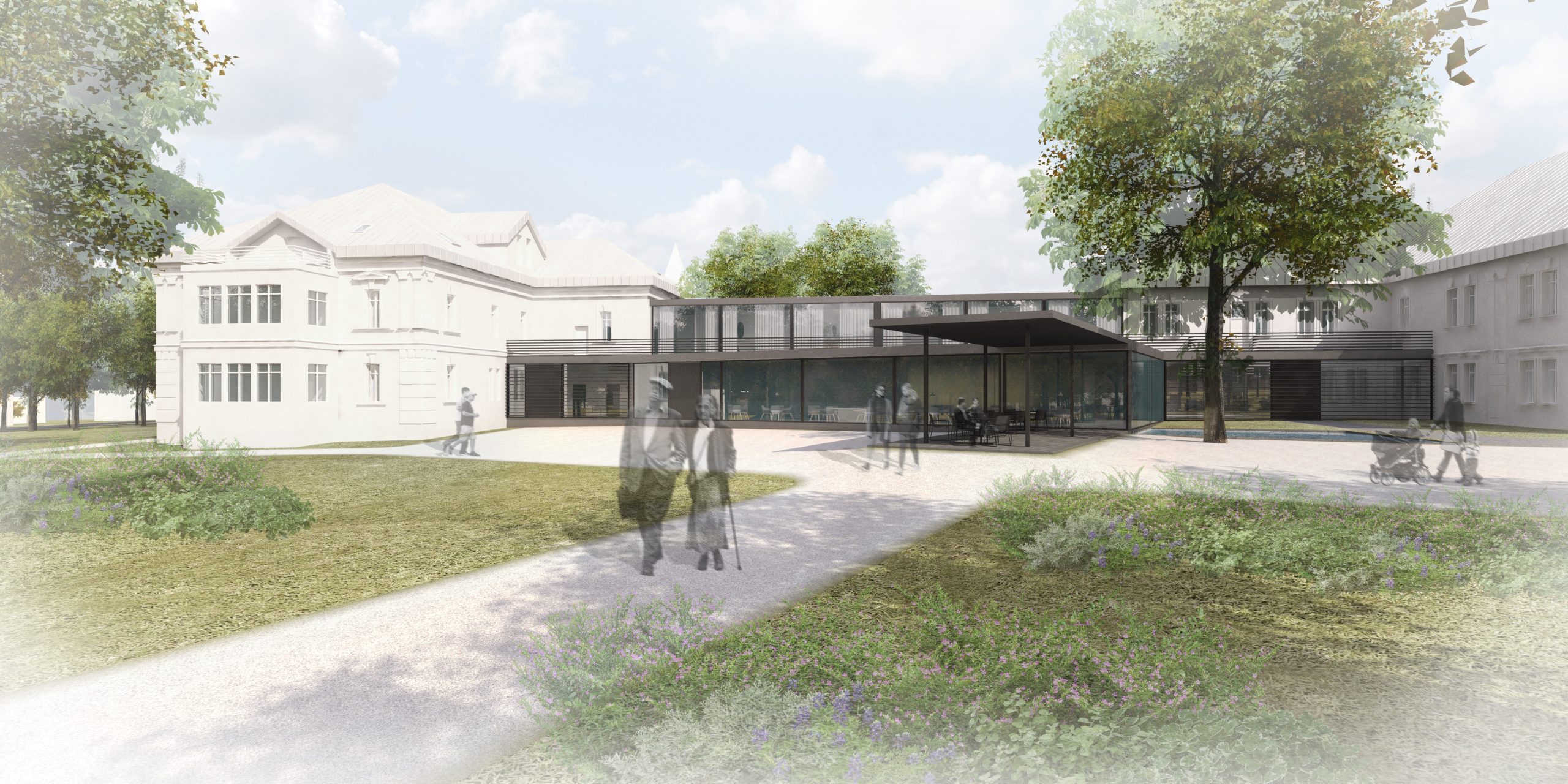 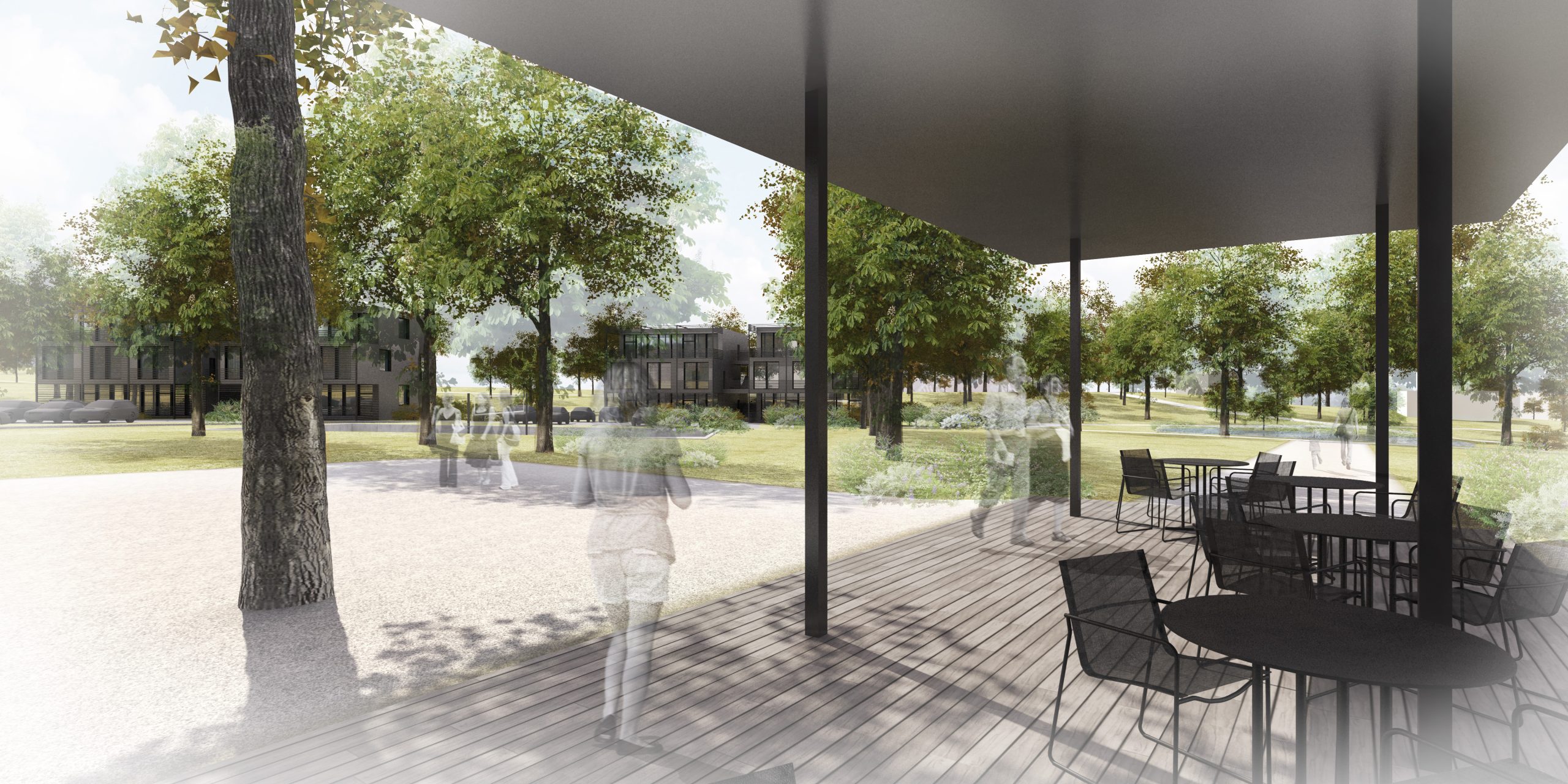 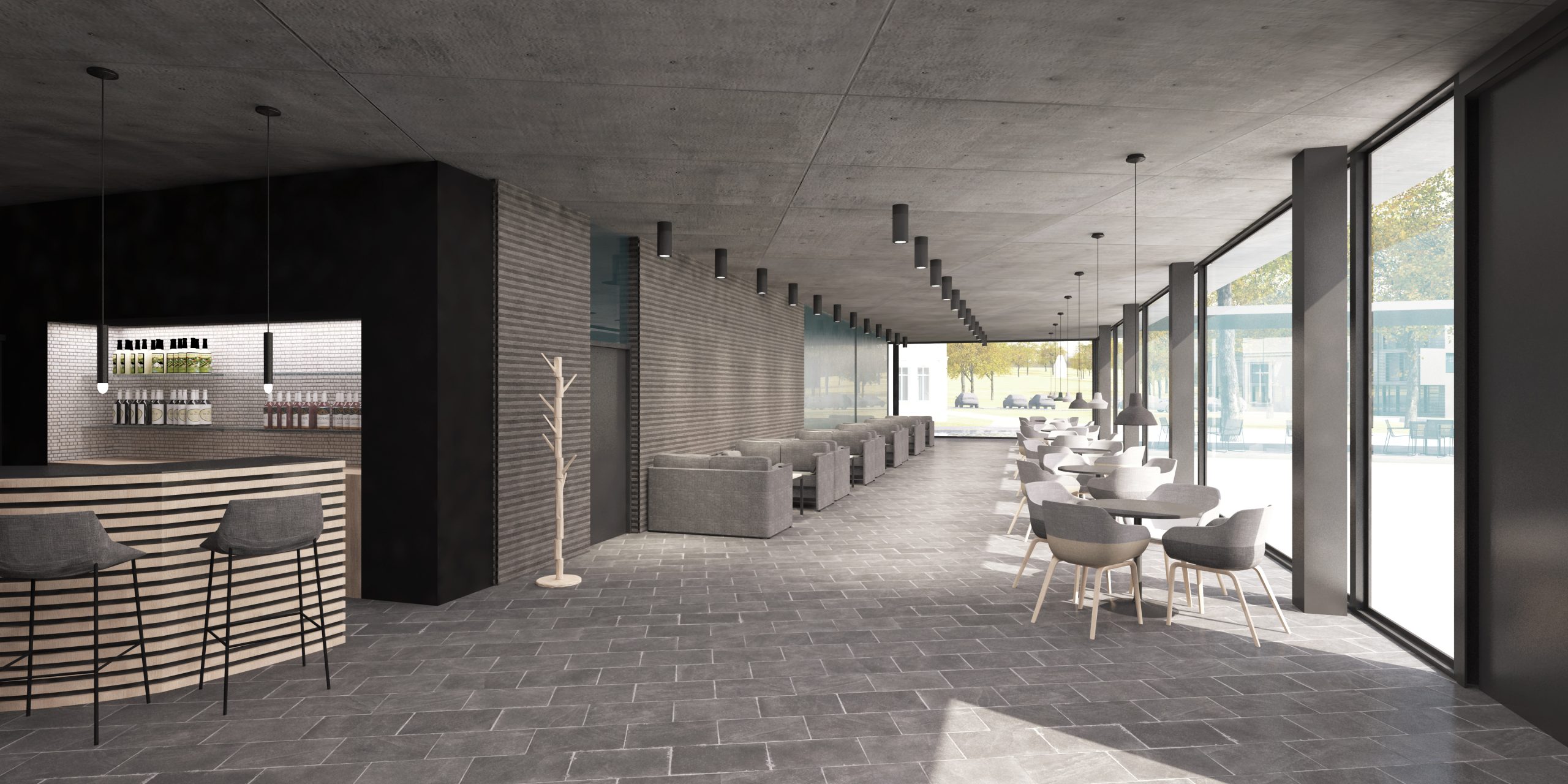 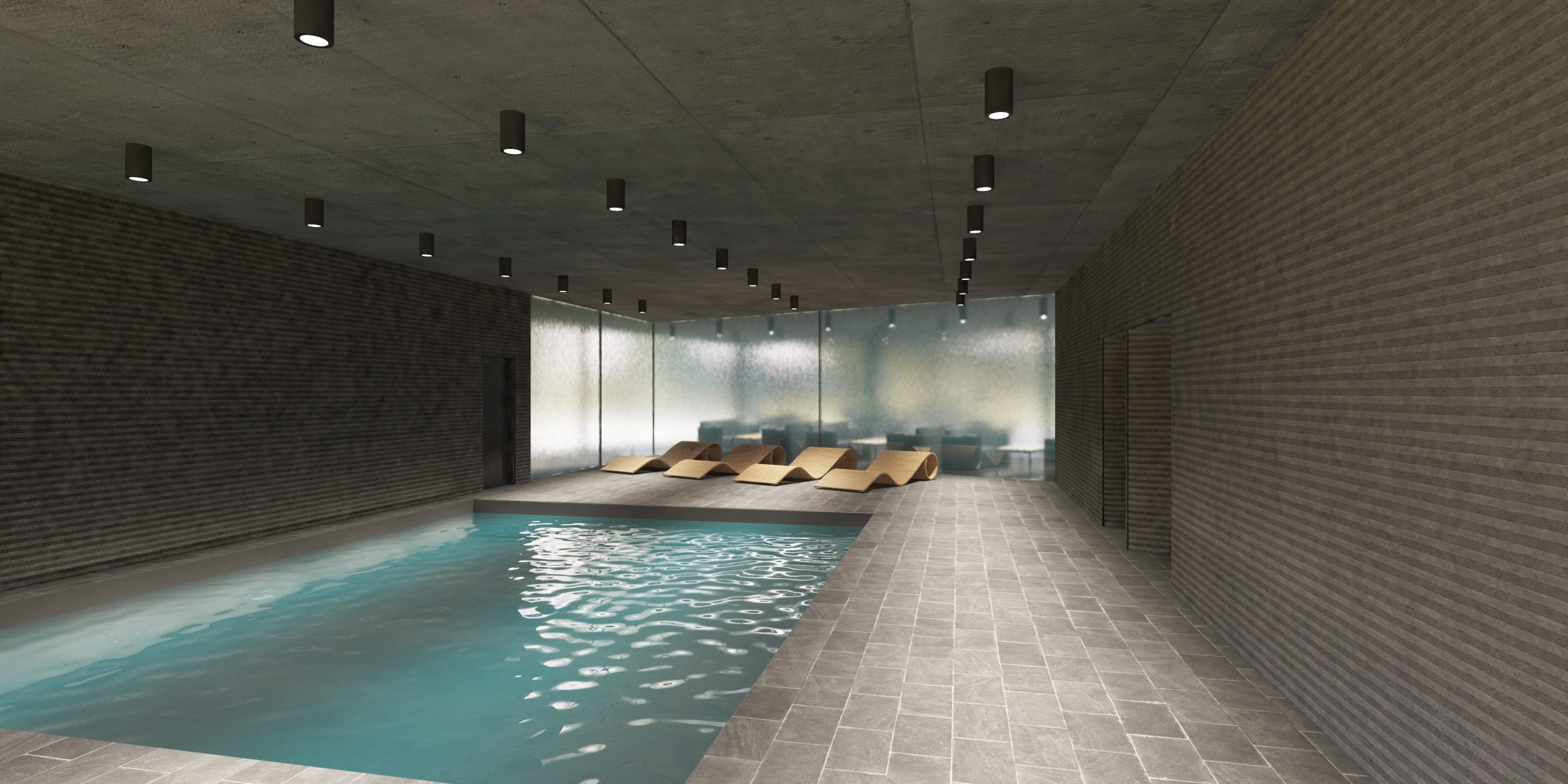 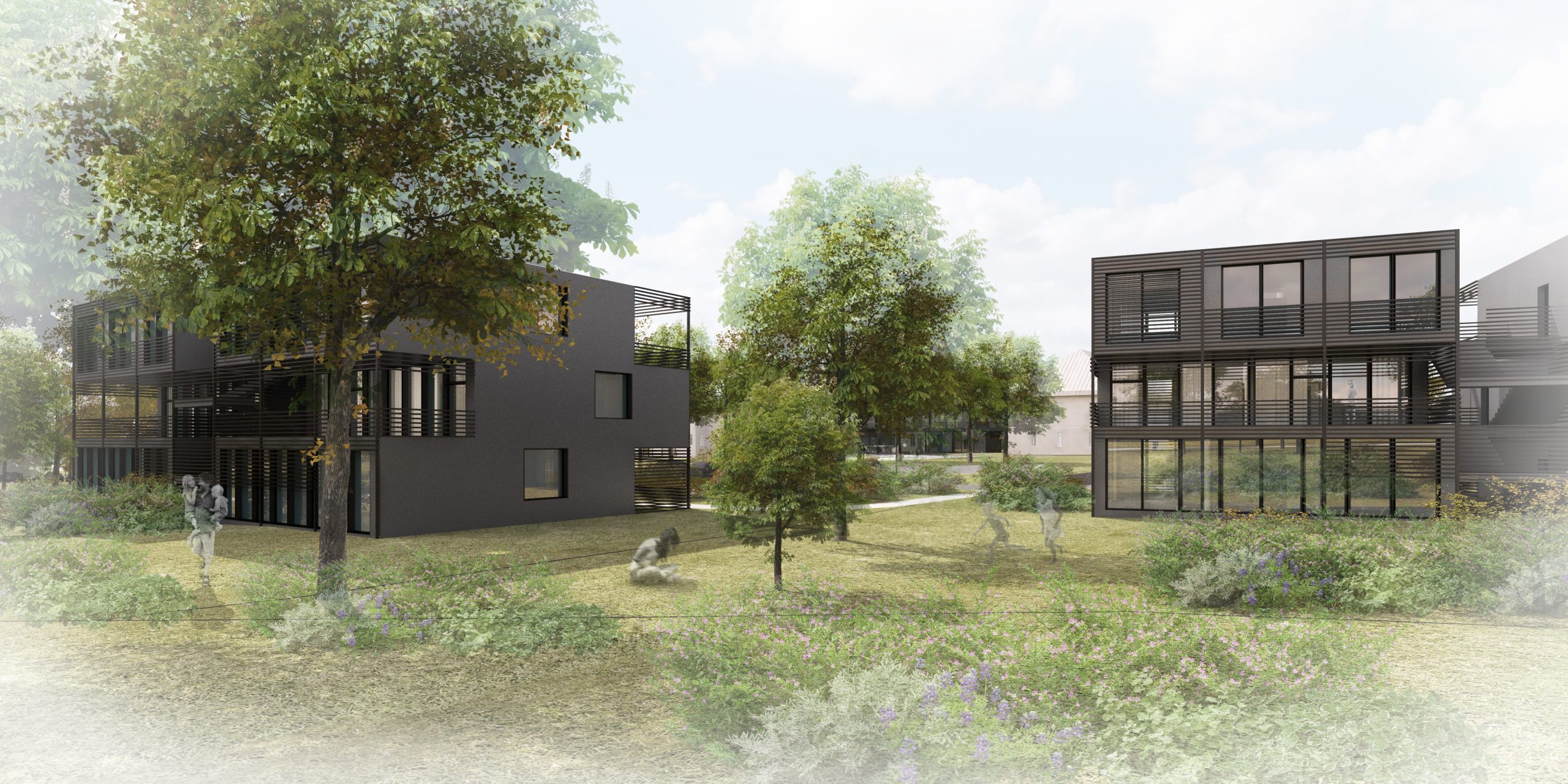 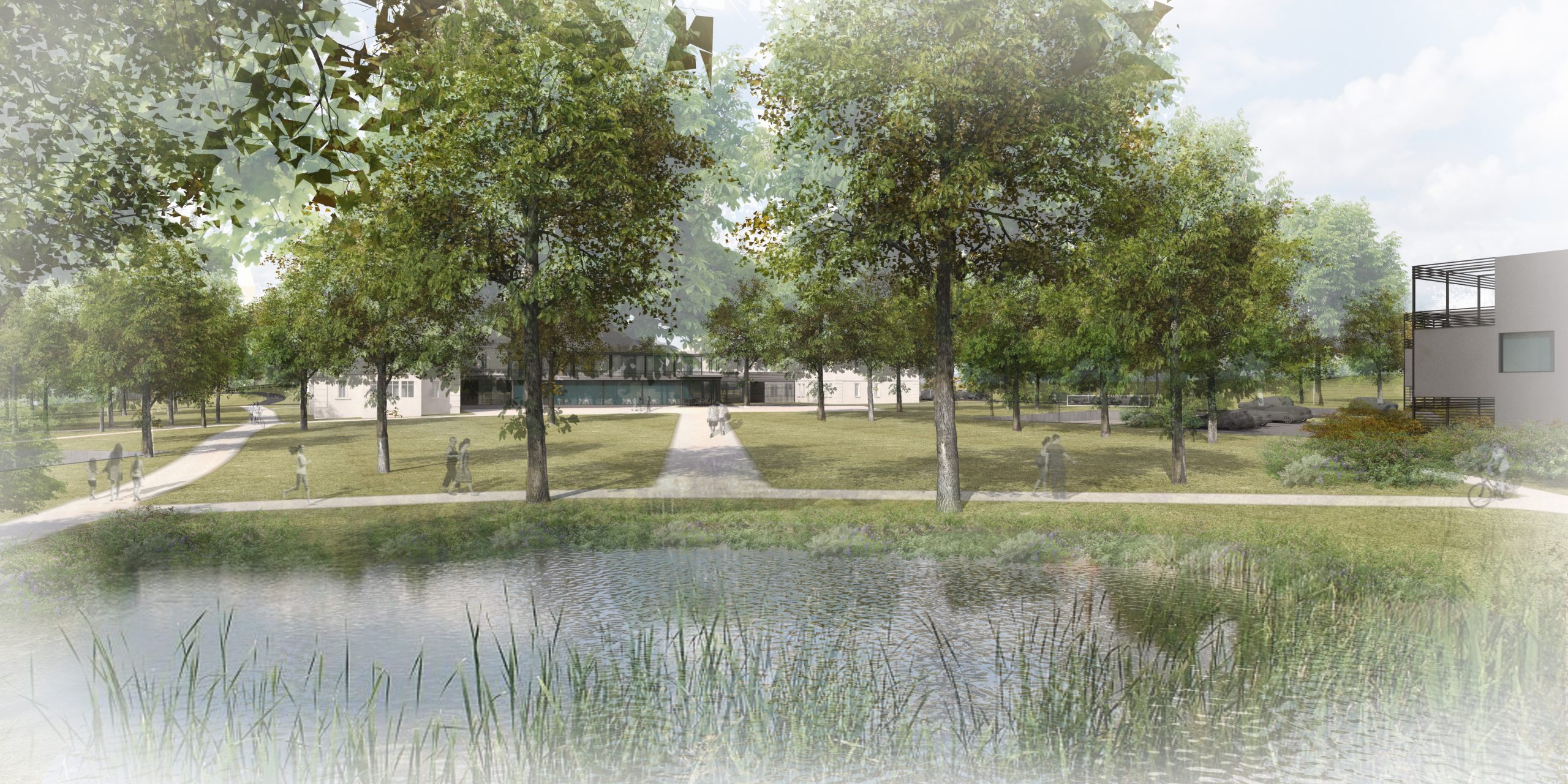 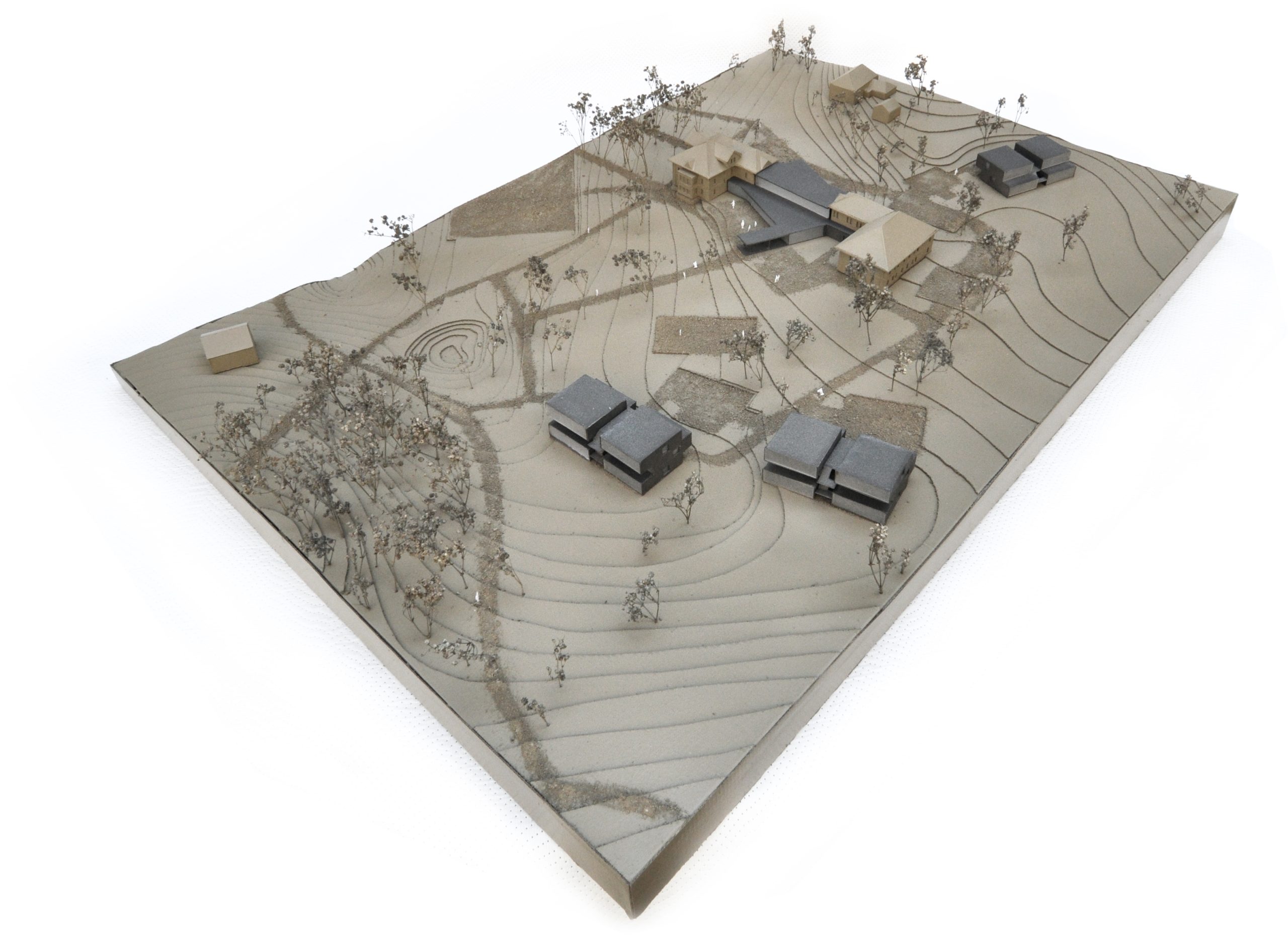 A space exists between two existing buildings – a medieval castle and its literal copy realized much later. While the original was composed using strict baroque lateral symmetry aligned with the grand arrival parkway, the later addition re-oriented the symmetry of the compound by 90 degrees. The ambition of our new insertion is not to compete with these two systems. Instead our contemporary layer presents a novel concept – a radial symmetry that encompasses not only the nearby points of interest but also the regional dominant – an empire style chapel at the edge of the forest, at the end of a grand ash alley – still an active spiritual path of the region.

Within such new system of arrangement, we propose a public amenities such as cafe, pool, sauna and other wellness programs. A covered promenade leads to the renovated pond. Along the path one can see also outdoor playgrounds, picknick areas and tree compositions. All these new services add value to total of 48 new condominiums located partially in the historic buildings and in the newly constructed garden villas.