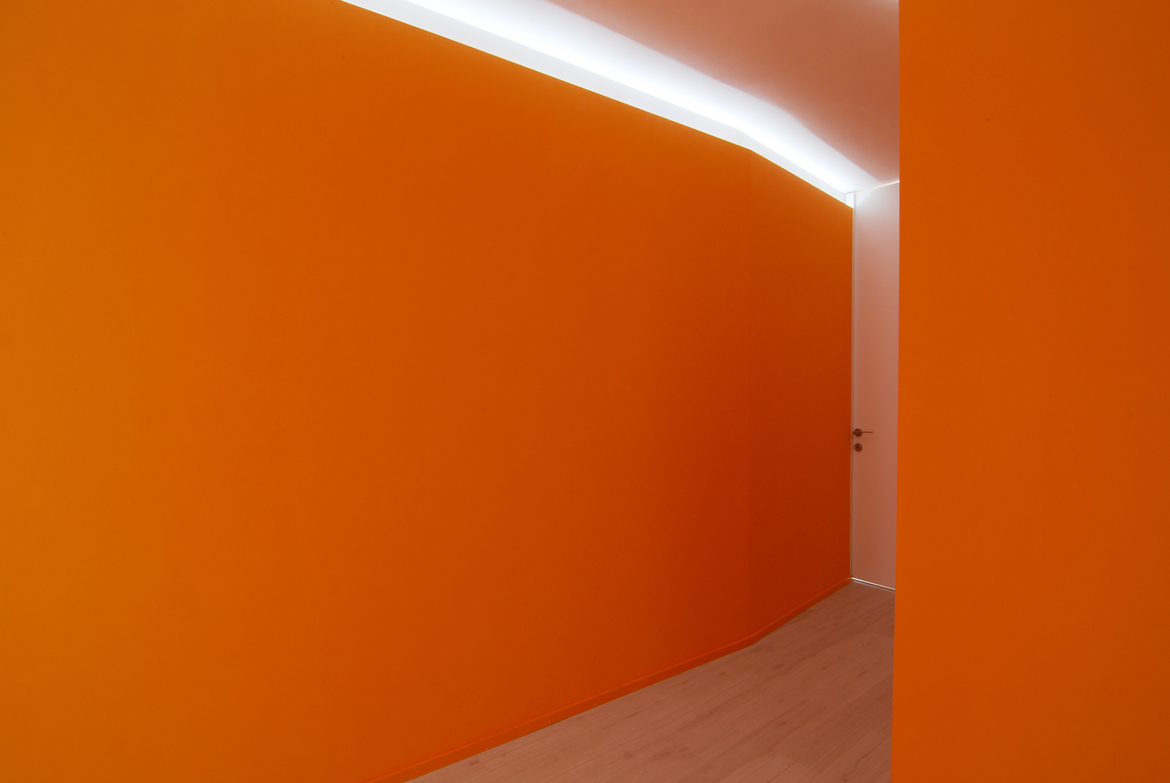 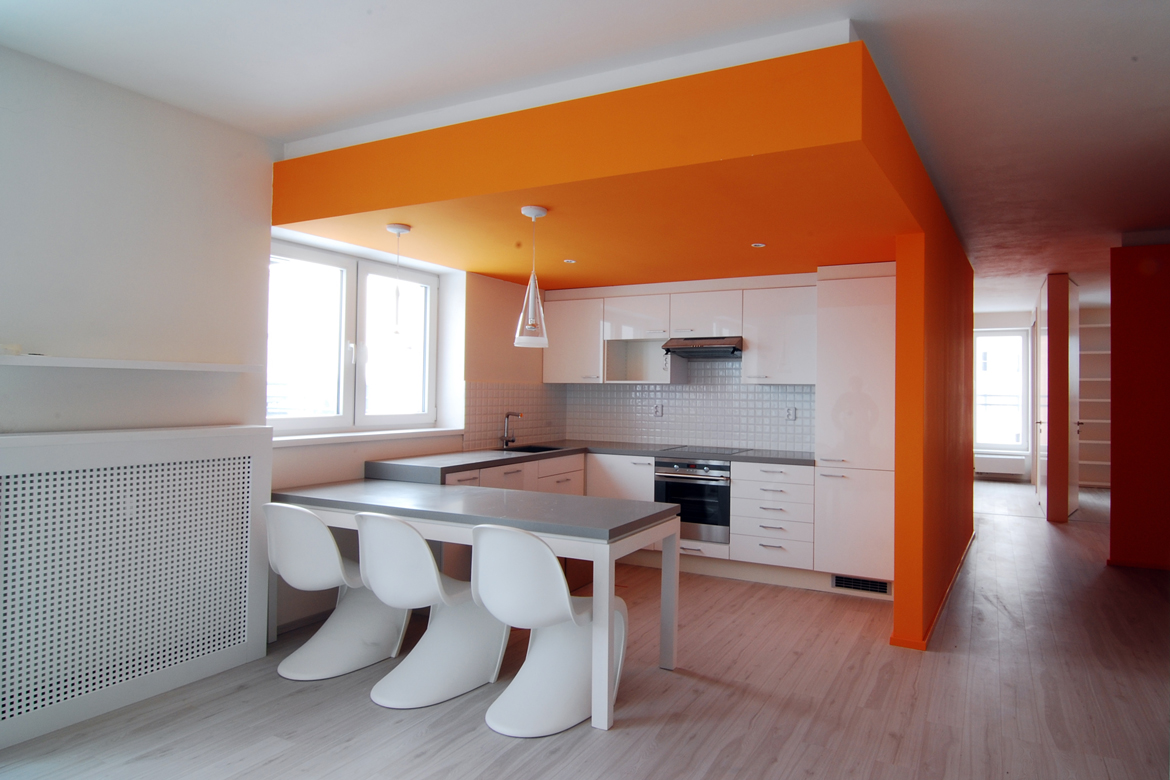 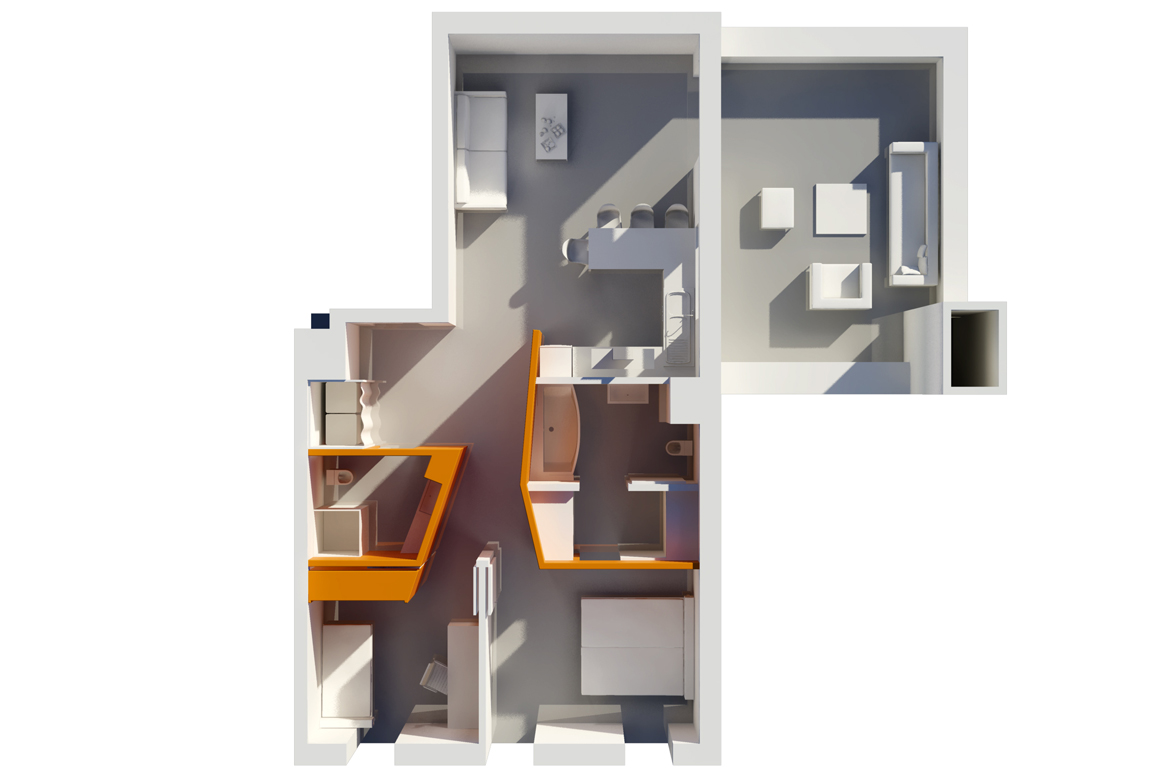 The 78m2 apartment is located in a newly developed residential area in an immediate proximity of the Olomouc city center in the Czech Republic. The original plan was fragmented into several small rooms and did not suit the clients’ idea of continuous space capable of flexible adjustments. The decision to re-think the plan was made prior the construction, which allowed for more freedom and ultimately lead to a radical alternative. The proposal only preserves exterior walls, entrance door, windows and a structural column in the center of the layout. The new solution creates a dwelling for two young professionals with plenty of open loft-like space yet capable of easy partition.

Two boxes containing bathroom, closet, a powder room and kitchen with a dining table are anchored in the free-floating space. The position of these containers is designed so that a public and a private part of the apartment are clearly and naturally articulated. Movable wall and doors hidden in wall pockets enable further separation or a complete enclosure of the bedroom and the study on the west side. As a result, the apartment, perceived as an unpartitioned loft, is flexibly adjustable to reflect actual needs.

A horizontal cornice underneath the ceiling makes the boxes appear lower and disconnected from the ceiling. They become two solid elements free floating in the space. Such perception is further enhanced by LED strip lighting installed behind the ledge. Bright output of the source resembles exterior light. Additionally, adjustability of the intensity provides for a variety of different lighting scenes. The perception of the space changes during the time of the day as a result of the position of the Sun outside and the selected lighting mode inside. Spacious interior connects directly to a terrace, which offers breath-taking panoramic views ranging from the ancient spires of the Olomouc churches to the peaks of Jeseniky Mountains.