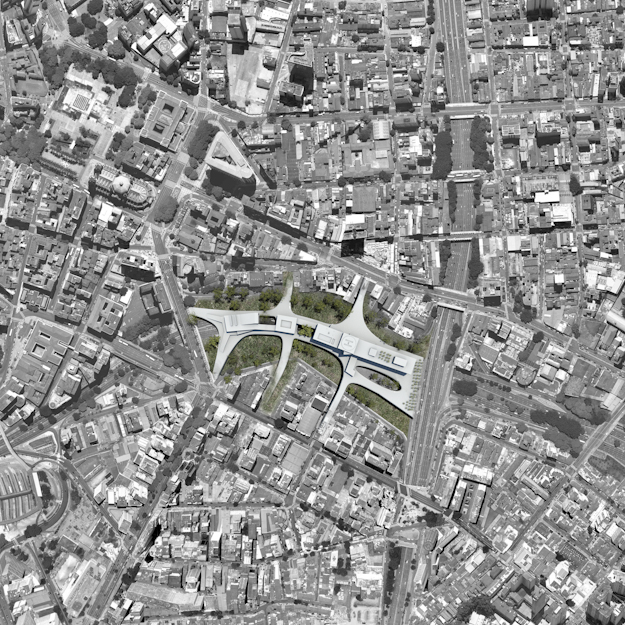 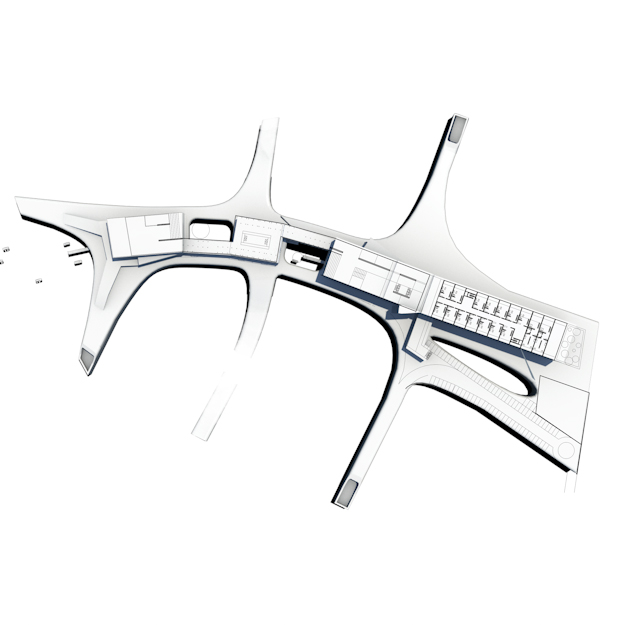 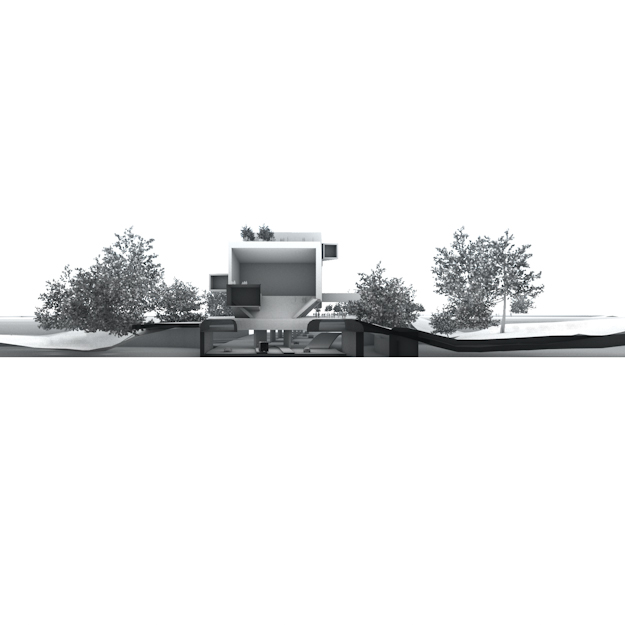 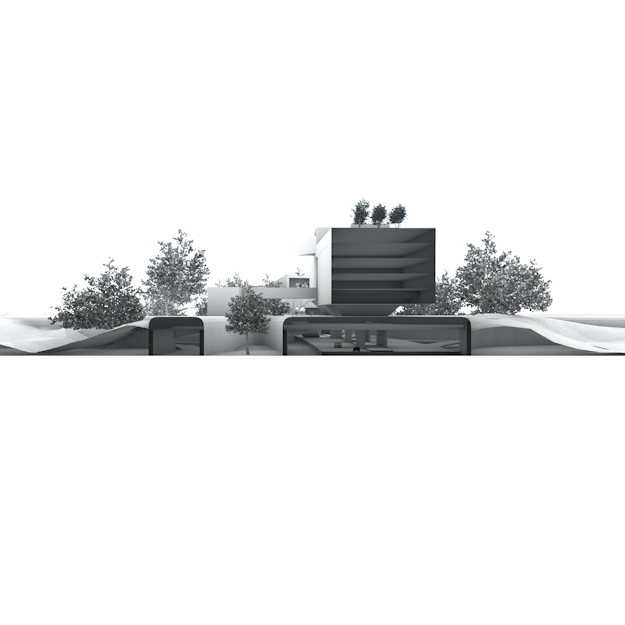 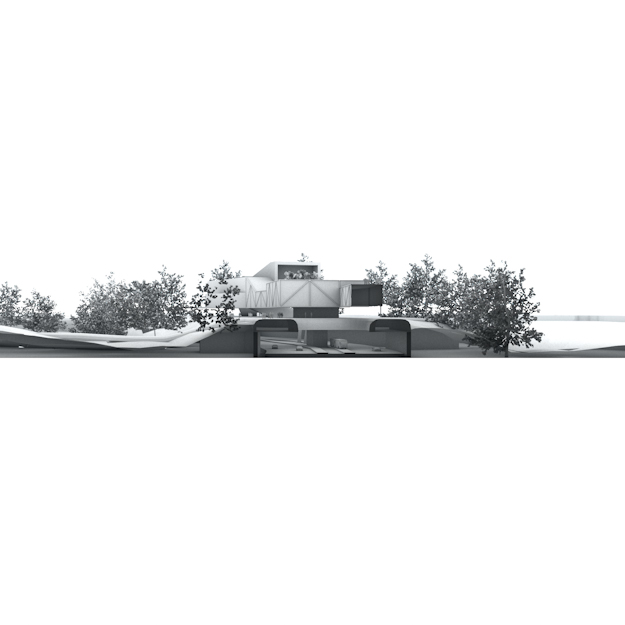 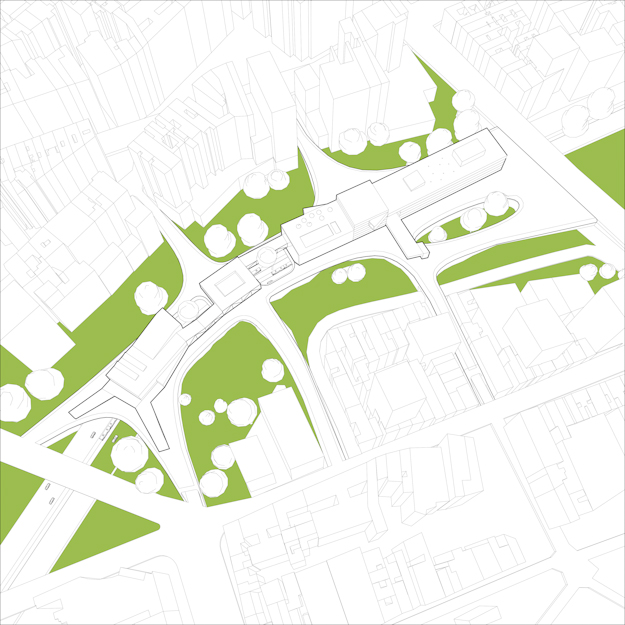 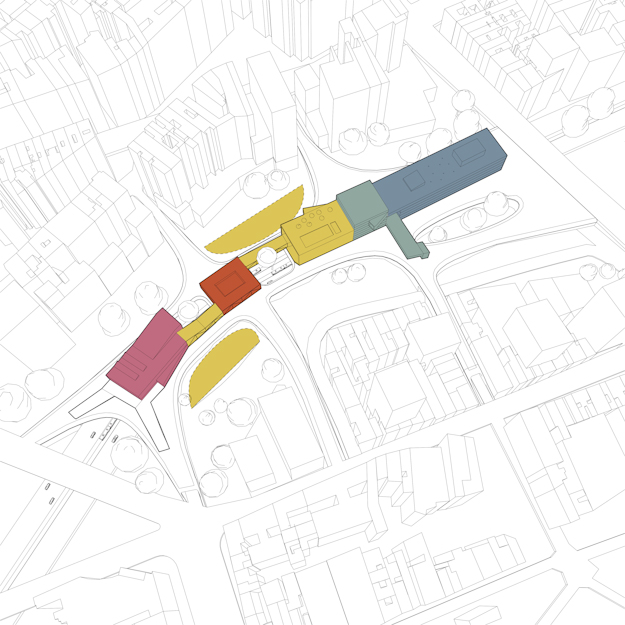 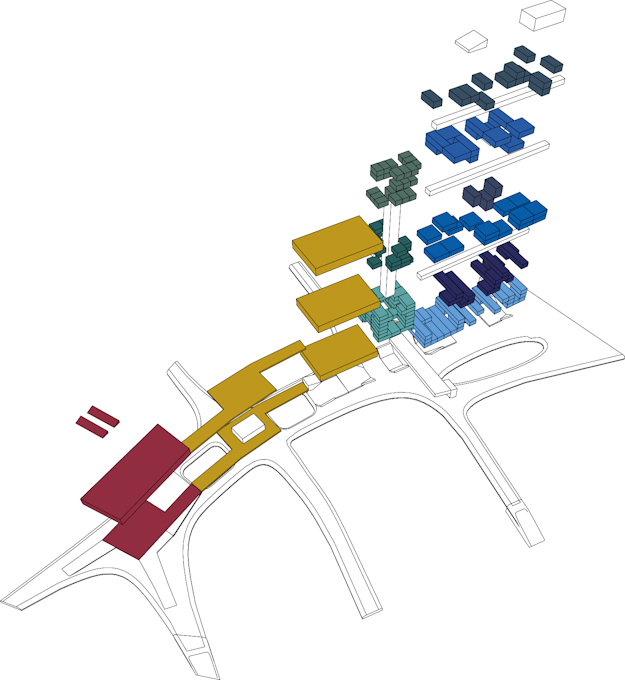 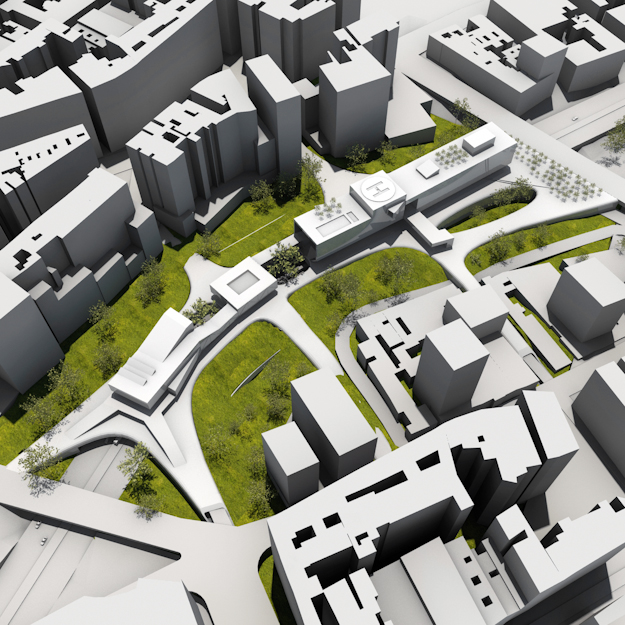 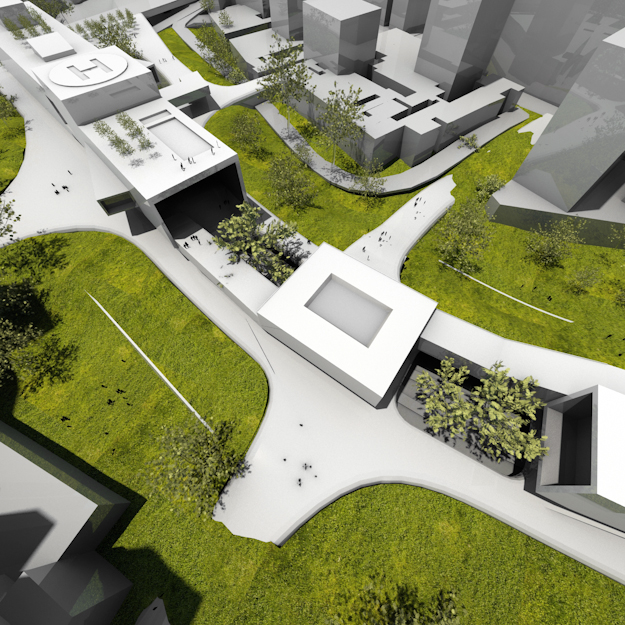 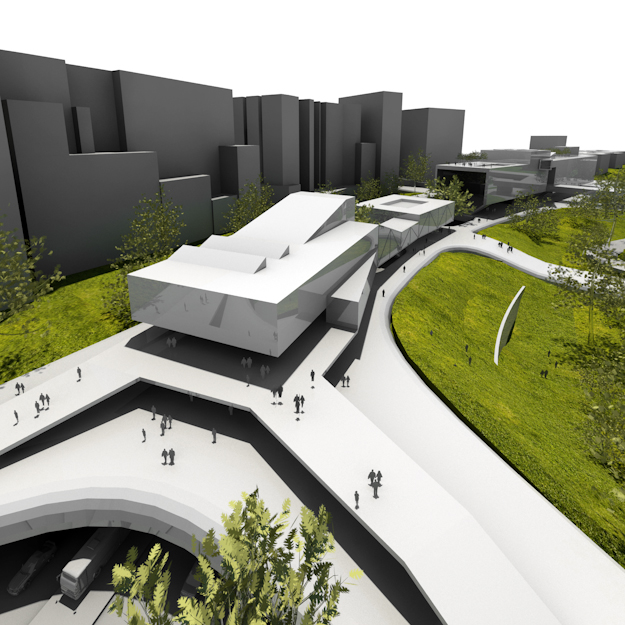 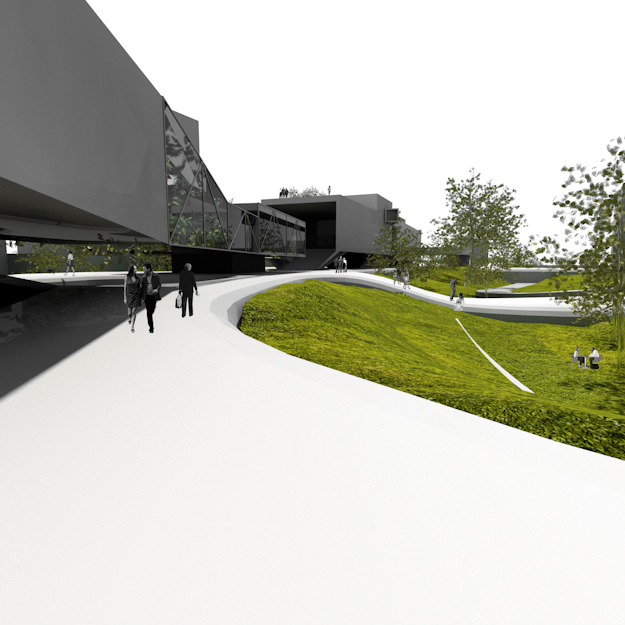 235 focuses on the creation of relationships between infrastructural flows and architectural space that generates various connections resulting in an opportunity to create public spaces on the leftover sites. The proposed program, as well as the car, bus and pedestrian flows, blend public and private space and create a fluid urban massing of overlapping parks, retail, residential areas and new public transportation station with central check-in for two major Brazilian airports.
The urban travel in Sao Paulo is by more than one third exclusively pedestrian, additionally, almost 30 percent of the inhabitants use public transportation such as bus or metro. Only 13.6 percent employ car as a mode of transportation to get around the metropolis. It is important to understand, however, that this is not a deliberate green decision of the residents but rather a result of the fact that the car in Brazil is not yet affordable. The potential threat can be seen on already clogged traffic arteries during rush hours.
A platform that stretches along Vinte e Tres de Maio, in the height same as the city around it, is a seam that re-connects the cut up urban fabric. It runs above the existing freeway with airport line in the median. The platform provides enclosure of the traffic artery, absorbs its noise and provides new ground for the public and private life of the city.
The Downtown Station offers central check-in for both airports with easy pedestrian and vehicular access. Surrounding the station is retail on various levels with shopping mall, a range of different size stores, a restaurant and two cafes. Adjacent to retail on the South is Hotel with parking and roof deck offering striking views of downtown Sao Paulo, Cathedral da Se and Park Iburapuera. The southern part of the site is developed for residential use with additional functions of the roof. The Cultural Space is proposed on the north end, closest to Praca da Se and the historical district.
The project carefully preserves the existing natural quality of the site and improves the aspects of busy urban intersection. The Downtown Station is surrounded by a park re-created by connecting the leftover spaces around the freeway. The park is animated by appropriate program and functions to attract people back to the city and by so doing to sustain urban densification.